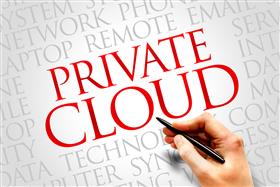 The offering, according to Ahmed Helmy, vice president and chief technology officer at Avaya, is a private cloud for both unified communications and contact centre offerings, providing control, customisation and personalisation at-scale as needed.

Peter Chidiac, managing director of A/NZ at Avaya, said that the ReadyNow platform represents Avaya’s "strong history in both UC and CC" on a single platform.

"Productivity can be across whether you're taking calls from a contacts centre perspective and need a subject matter expert within the organisation, or the other way around, they can be on the same calls, chats or video environments," Chidiac said.

Chidiac added that the ReadyNow service offers channel partners the same technology they are used to, but in a model that can be sold on to customers.

The reasoning behind ReadyNow’s launch in Australia was due to the demand from Avaya’s channel partners, particularly those from the enterprise, according to Chidiac.

"There's strong demand from our customers. Cloud is top of mind with many enterprises; everything from traditional infrastructure through to applications and services across in CC," Chidiac said.

"Many of our customers are on-premises technologies and solutions from us wanted to move to that cloud infrastructure or a hybrid of that, and move to that subscription-based model.

"The timing was perfect for us to release ReadyNow in Australia."

However, this means the data is held in Australia, so New Zealand users that need to host data in-country are unable to do so.