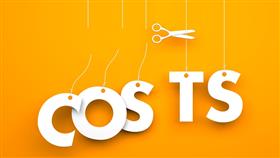 Bishopbriggs, Scotland, June 11, 2019 -- Job fears have arisen for a Bishopbriggs call centre as the company plans to axe jobs.

Around UK 1,800 roles are being cut at the insurance provider over the next three years as part of an overhaul to save money each year.

Aviva – which employs around 30,000 staff in total – said it will look to keep redundancies to a minimum as it slashes costs, with some of the role cuts coming from natural staff turnover.

The group said savings will also be made across central costs, contractor and consultant spend, reduction in project spend and in other areas.

It has not given a split of which teams or offices will be affected but said the cuts will be made across its UK and international operations.

It comes as part of a revamp of the group by new chief executive Maurice Tulloch, who took on the top job in March.

He said: "Reducing Aviva’s costs is essential to remain competitive and this means tough decisions and job losses which I do not take lightly.

"We will do all we can to minimise redundancies and support our people through this.

He added: "I am also determined to crack Aviva’s complexity, an issue which has held back our performance for too long."

The group said its separated UK life business will be headed up by Angela Darlington, formerly chief risk officer, while previous Canadian boss Colm Holmes has been appointed the chief executive of UK general insurance.

Customers will not see any changes as a result of the UK split, it said.

The combined business was previously led by Andy Briggs, who stepped down in April just weeks after he missed out on the top job.

He remains with the insurer until October 23 to support an orderly transition.

Mr Tulloch – who took over from former boss Mark Wilson – said in April he was leading a review of the UK businesses "to ensure the appropriate management structure".