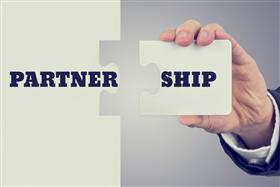 With the old system, staff would have to record session times for the hotline, according to Matt Hoskin, general manager of IT at Village Cinemas.

"Our staff no longer need to manually record session times on our hotline each day which has saved us up to 30 hours each week and means our customers are receiving the latest information when they dial in," Hoskin said.

It also allows for consumers to directly locate the movie they want to find out about.

Tom Bernadou, managing director of Riley, was involved with the project and claimed the legacy voice platform was fairly inflexible.

"The traditional approach that they were using is they would get a person to sit there for two hours a day to read through the session times that were scheduled for that day. There was a fair labour cost involved with having an employee having to sit down every day and do that," he said.

"But often what would happen is the minute they were released there might be changes with the scheduling, so they weren't often reflective of the real time situation."

Not only was the system difficult for Village employees but there were flaws that its consumers were facing as well. A large portion of these consumers are people with accessibility issues, Bernadou claimed.

"These are people that normally couldn't use a traditional web or mobile digital platform. So it's still quite widely used," he said.

However, this process would require the consumer to listen to the entire list of cinemas and their respective session times, which was not a great customer experience, according to Bernadou.

"Using the Cognitive CX suite from AWS, we were able to program AWS Connect to define a particular user journey and then we were able to integrate it with conversational AI platforms to build a chat bot that would pull real time information on sessions and enable customers to get feedback very, very quickly," he said.

According to Bernadou, the project started in April 2019, stemming from a relationship Riley had with Village and around the need to replace its aging system

"When we were talking to them, we suggested they might want to have a look at some of the AWS customer experience (CX) services, in particular, Amazon's Connect, which is their contact centre in the cloud," Bernadou said.

"So, we went through the process of comparing initially what a business case would look like, comparing a traditional replacement to AWS Connect.

"That business case stood out really, really well from a cost point of view. We'd used Connect internally. We knew how great it was, we had a bunch of other customers utilise it, so it seemed like a good fit for them."

The business case period took Riley a couple of weeks, which was then followed by prototype assembly, taking another two weeks.

"The next thing that we got to is building a prototype. And that prototype demonstrated that the case of being able to interact with conversational AI [artificial intelligence] to pull session information together," Bernadou said.

"We demonstrated it to their major tech stakeholders, the marketing department and technology at Village and that gave them a lot of confidence around the solution."

The replacement of the old system with the new solution took four weeks, and then the team worked on building the conversational AI. The project wrapped up in October 2019.

"Sometimes technology is always been about compromise. Generally systems can be designed to deal with the masses.

"Now with the technology that's available, and something we're certainly interested in, is being able to have custom solutions with different parts of the community. And I think this is a great example of that."