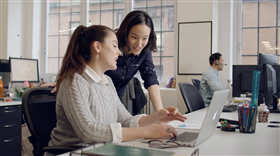 The report, "The Case for the Anti-Script: A Multifactor Analysis of Script Adherence," is based on survey responses from 567 contact center agents across the United States. Using statistical analysis methods, the Conversation Excellence Lab identified several insights that challenge the traditional view of call scripts.

Agents don't go off script because they forget what to say, they do because they want to — and that's a good thing.

Though scripts are a cornerstone of contact centers, they have not advanced at the same pace as other industry technologies. This presents pain points for managers and agents alike as companies have to pay for enforcement tools, perform ongoing training, and coach agents on a tool that may not lend itself to optimal results in terms of agent satisfaction and retention.

The more involved agents are in writing their scripts, the more they'll follow them, and the happier they'll be overall. 64% of agents identified something they would like to change in their scripts.

The agent experience is universal. Factors like age, gender, tenure, industry, and more had no statistically significant effect on script adherence.

"This report is exciting because it expands on one of the core concepts behind Balto's innovation," said Balto CEO Marc Bernstein. "We call Balto the 'anti-script.' The anti-script doesn't mean agents should be winging it on every call. Rather, it means giving agents the ability to be human and stay flexible when talking to customers."

The report is the latest in a series of insights sponsored by Balto.

Balto understands phone conversations and tells reps what to say, live on each call.

Today's Tip of the Day - The Human Factor