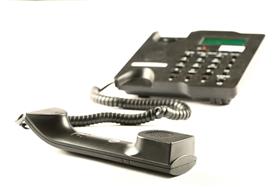 Bengaluru, India, Sept 25, 2018 -- Sunday's rains brought with it a night full of misery for residents of south and west Bengaluru, as well as several other areas in the city, as power cuts hit consumers almost as soon as the rains started. For many, however, the unavailability of the helpline numbers for the Bangalore Electricity Supply Company (BESCOM) was the biggest pitfall, as they were left clueless about when the power would be restored.

The helpline, 1912, which has been under strain for a long time now due to the high volume of calls, was completely unreachable, many consumers said. With other options like SMS-based complaint filing or other alternative phone numbers not as popular as the helpline, which was widely advertised, many were left trying to call the number through the night or venting their frustration on social media.

According to officials, on Sunday, a whopping 14,000 calls were made to the helpline, which could manage to take only 7,019 calls. Almost 7,700 calls had to be abandoned as there weren’t enough lines to receive complaints. "We tried calling them from the time power went out at our house around 1am. Till 5am we could not get through and finally we stopped trying," said Saurabh Singh, a resident of Kengeri.

Just a few months back, in June, the electricity distribution utility was facing a similar problem with around 30,000 calls being made to the helpline number each day. At the time, it was decided to start distributing phone numbers of each sub division which would help consumers get updated information. However, as of now, only mobile numbers for control rooms are being distributed.

Helpline unaware
If you are one of the lucky few who do manage to get through to the helpline, do not expect an exact time frame for restoration of power. "While it is difficult to predict when power will be back during rains, the situation is the same during normal outages as well. All the helpline can do is tell you that they will remind the officials on the ground again. There is rarely an update as to when power will be restored," rued Ashish Parthasarathy, a resident of Banashankari. The reason for this seems to be a reluctance by officials on the ground to update the helpline staff as to a possible time of completion of repairs.

Other methods to file complaints
If 1912 is not an option anymore due to the high volume of calls, consumers can choose to Tweet their complaints to @NammaBescom or post on their Facebook page as well. They can also send and SMS to 58888 or WhatsApp 9449844640. The BESCOM Mithra app can also be used to file complaints, officials said.