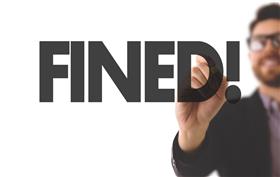 After hearing on Sunday at DNCRP office, its deputy director Md Abdul Jabbar in a verdict fined Banglalink following a complaint of Ahammad Ali Moon from Chapainawabganj district.

On February 20, Moon filed his complaint where he said he called Banglalink’s helpline around 8:00m on January 27 and none attended his call though it rang for 1 hour 29 minutes and 58 seconds.

But the operator charged him Tk 54.79 for the call, the complainant said.

In his petition, Moon said he and other customers are paying money for the service but the operators charged them without giving the service.

After hearing both sides, DNCRP Deputy Director Abdul Jabbar said he ordered Banglalink to pay the customer 25 percent of the fine as compensation.

Asif Ahmed, head of Banglalink corporate communications, said that they received the DNCRP order imposing a fine of Tk 25,000.

"Banglalink is always at the forefront in ensuring best customer experience…With due respect to DNCRP, we believe that Banglalink has maintained required level of customer service and did not violate any consumer right," he added.

In those two cases about the semantics of the operator's internet package offer, the government agency fined Robi Tk 5,000 and Grameenphone Tk 2.50 lakh.