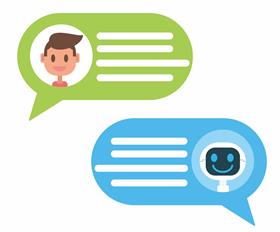 The new in-app messaging service has been developed over the past year alongside Nasdaq-listed LivePerson.

It will allow customers to get their questions answered via a human operated messaging service within their banking app. However, it operates in a similar vein to an ongoing WhatsApp or instant messaging conversation with the bank, whereby a chat can be resumed on different devices and in different sessions if it isn't immediately resolved.

"It doesn't mean that existing channels necessarily disappear – because there are customers that still want to use those. But as new channels emerge across other industries and other services, it's essential that we're at the forefront of providing those for our customers too," Mr Weir said.

"There has been the age-old problem when dealing with an institution of going back and having to repeat yourself all over again every time you make contact, but we are looking for a frictionless experience. There are newer digital native organisations that do this really well and that then becomes the expectation for customers across any organisation."

Last month, Commonwealth Bank of Australia-owned Bankwest blamed customer preference for mobile banking over in-branch options for a surprise decision to close 29 branches along the east coast at the expense of 200 jobs.

"We know we can't match the major banks' nationwide footprint and also deliver world-class digital services, so we will prioritise digital channels and broker relationships," managing director Rowan Munchenberg said in a statement at the time.

Despite saying the bank is confident in the security of the app, Ms Tovey said there were some requests, such as changing contact details, which would not be allowed through the conversation app, in order to ensure this wasn't done improperly.

"We wouldn't do this in case a customer was using a phone that had wiped the security or had been hacked," she said. "But the messaging itself is absolutely authenticated and has secure elements associated to it, so we know who we're actually chatting with."

LivePerson Asia Pacific boss Andrew Cannington said the work that Bankwest had done in creating an in-app experience that was similar to the everyday consumer behaviour of sending iMessages or SMS, was a first in the financial services sector.

"In bringing together in-app and web messaging, and being able to move seamlessly across those platforms. It's really quite a revolution in customer service," he said.

"We have over 200 brands scaled in asynchronous messaging in conversational commerce around the world and there is only one other brand that's done something similar, which is one of the greatest innovators on earth – it's T-Mobile.

"We have a large number of financial services clients around the world travelling down the path Bankwest is going, with notable ones Royal Bank of Scotland, HSBC, Citi, Lloyds and Visa ... they are all trailing where Bankwest is in the financial sector at the moment."

Bankwest is an australian banking provider