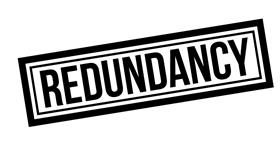 The FTSE 100 lender said it had informed 280 staff at the office that their roles were at risk, with around 115 of the roles possibly relocating to Manchester or Liverpool in northwestern England, and the northeastern English city of Sunderland.

Barclays declined to give further reasons for the possible layoffs but British banks have broadly been pursuing deep cost-cutting initiatives in recent years in the face of intensifying competition in UK lending and tighter profit margins.

It said the landlord of Millshaw Court had also put the site up for sale with planning permission to be converted into flats.

The bank said it would keep the centre's remaining 800-strong workforce informed on a search for an alternative office and said it had secured a three year extension to the lease until November 2021.

Separately, employee union Unite said it would oppose the redundancies, calling them "deeply irresponsible" and said it would "significantly damage both the business and the customer experience".

Barclays is a financial services group, with a significant international presence in Europe, the USA, Africa and Asia. It engages primarily in banking, investment banking, and investment management. It has been involved in banking for over 300 years; operates in more than 60 countries; and employs more than 110,000 permanent colleagues (including 32,500 at Absa).