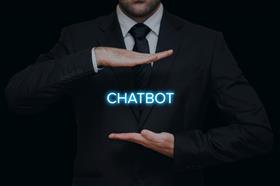 Madrid, Spain, Aug, 2020 -- BBVA has kicked against the trend to assign female voices to artificial intelligence assistants with the launch of Blue, a gender-neutral chatbot trained to answer customer's everyday banking queries.

A recent Unesco report analyses the role of education in helping to remedy gender bias in technology. The United Nations entity maintains that virtual assistants’ feminine nature and the subservience they express is a clear example of how technology contributes to the perpetuation of these biases.

The study also notes that the trend of assigning virtual assistants a feminine gender occurs in a context of gender imbalance in technology companies, where men account for between 60 and 75 percent of the sector’s total workforce.

BBVA's Blue, an attempt to unite the multiple virtual assistants employed by the bank across its global network, is deliberately built to liberate the AI from unjustified social stereotypes.

Blue never tries to pass itself off as a human, says the bank. Neither does it totally identify itself as a robot.

"The reason we chose not to assign Blue a gender is when we were defining its personality, we were clear that it was non-human," explains BBVA design manager, Julián García Ruiz. "Being able to reflect Blue’s non-human nature while creating a balance between inclusive language and the need for clarity and space limitations helped us hone the uniqueness of our assistant."

Blue is currently operational in Spain and Mexico, and will be gradually rolled out across the bank's global footprint and online channels.