News : Behind the Scenes at the Telethon Call Centre 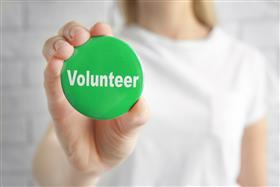 Perth, Australia, Oct, 2019 -- They’re vital to the operation of Telethon each year.

The 200 phones and the volunteers picking them up to accept donations, which average more than 30,000, are the annual event’s ground zone.

Helping keep the calls coming in is WA Regional General Manager Boyd Brown and his team at Telstra.

From field technicians and data experts to customer service officers, Mr Brown said on average 100 volunteers from the business put their hands up each year.

Even Mr Brown said he picked up a few phones to help out.

The Bassendean woman has volunteered in the centre for several years and said she couldn’t put a finger on the average amount of calls she received but estimated it would be in the thousands.

"I think it’s is great for team building but it’s also good to give back to the community," Ms Kollmann said.

She said it was hard to get used to hearing some of the bigger donations, sometimes more than $100,000, especially, from family trusts.

Ms Kollmann admitted it was daunting the first year but after a while it was easy and said she had even encouraged family and friends to take part.