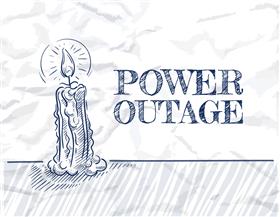 Bengaluru, India, April, 2018 -- The sudden downpour and gusty winds over the last few days in the city have got Bengalureans worried, as they have to bear frequent power cuts lasting several hours. During rains, they don’t have anyone to turn to as the Bescom call centre goes blank and officials from local offices go missing.

Now to reduce pressure on the call centre, which is flooded with hundreds of calls during rains, the department has published contact numbers of officials from all the four divisions.

Bengalureans suffered the most on Tuesday when rains lashed in the evening, leaving more than 15 trees uprooted which fell on power lines disrupting electricity supply for hours. The Bescom’s official Twitter page was flooded with complaints from thousands of commuters.

Ms Komala Sundar, a resident of Sanjayanagar, said, "With the rains come the power cuts. This is not new to the city. There was a power cut soon after it started raining on Tuesday evening, and it did not come back for another eight hours as an electric pole was damaged. The Bescom call centre stops working when it rains and when we rush to the local office, there is not a soul to address our problems."

Danish Sait, radio jockeywho suffered long hours of power cut, visited the local Bescom office in Frazer Town and didn’t find a single official. He captured the vacant office on Facebook live video, which showed the telephone constantly ringing but no one answering the calls. The video went viral immediately, while the residents poured scorn over Bescom officials.

Vijaya Babu, a resident of Frazer Town, said, "When we manage to contact Bescom officials, they claim they are on rounds repairing the snapped wires. But we don’t see any official doing any repair work."

She asked if the state is generating surplus power, as claimed by the government, where is it all going.

A senior Bescom officer said, "The call centre goes blank because of the high volume of calls. That is why we have published numbers of officials from East, West, North and South divisions on official website. The public can contact them directly, instead of the call centre. During rains, there are faults with the sub-stations and transformers which cause power disruptions. It is difficult for the linemen to repair it when it is raining. We take time till the rain stops and then immediately resolve the issue."