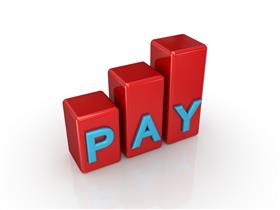 Martinsburg, WV, USA, Aug, 2018 -- The Berkeley County Council unanimously approved a proposed increase in the county’s 911 call center dispatcher pay scale that will cost the county $168,499 in combined wages at its meeting.

Passed by a 5-0 vote, the plan increases the entry-level salary for first-year telecommunications dispatcher to $34,900 annually, Davis said.

"It appears that compensation is the main detriment to (call center employee) recruitment," Davis said.

Based upon a 40-hour work week, the new pay scale plan is effective retroactive to Aug. 1, Davis said.

"The challenge that we are having with recruitment and retaining dispatchers certainly is not new," Davis said.

In November 2017, the Call Center hired nine new dispatchers and has retained six.

"I know that many people make remarks that this is a Berkeley County issue," Kackley said. "But this is a nationwide issue. I doubt that you are going find many 911 centers throughout the nation that are fully staffed and fully retain people for a long period of time."