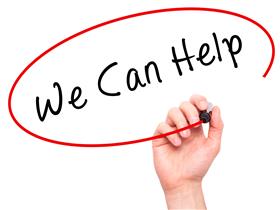 Bengaluru, India, May 24, 2022 -- Energy Minister V Sunil Kumar announced that Bescom has provided a total of 11 WhatsApp helpline numbers to all the eight districts in its jurisdiction as the 1912 helpline number is flooded with calls during emergencies

With monsoon approaching, Bescom consumers can seek remedies for their power-related problems in a quicker way through WhatsApp. On May 24, Energy Minister V Sunil Kumar announced that Bescom has provided a total of 11 WhatsApp helpline numbers to all the eight districts in its jurisdiction as the 1912 helpline number is flooded with calls during emergencies.

While Bengaluru Urban district, which has four circles (North, South, East and West) gets four numbers, Davanagere, Chitradurga, Tumakuru, Ramanagaram, Bengaluru Rural, Chikkaballapur and Kolar districts get one number each. Officials said that consumer service executives at helpline centres will coordinate with Bescom centres to resolve power-related queries which they receive on WhatsApp on a priority basis.

"So far, we had 1912 as our call centre number. To make things even easier for consumers, we are giving WhatsApp numbers. Consumers will get a quick and hassle-free response soon after they send a message to their respective district’s helpline number," Sunil Kumar said.

Further, to bring in more coordination between helpline centres and Bescom section offices during the rainy season, Assistant Executive Engineers (AEE) have been appointed as nodal officers at helpline centres. "These officers will be working on a shift basis and will provide better service to the consumers," a senior official said.

Under the Energy Department’s transformers maintenance campaign, more than two lakh transformers have been serviced in Karnataka so far, the Minister said. "This is the first time such a campaign was carried out in Karnataka, and we want the numbers to touch five lakh. But owing to unseasonal rains, our engineers had to focus on other work. We are thinking about continuing the campaign," he said.