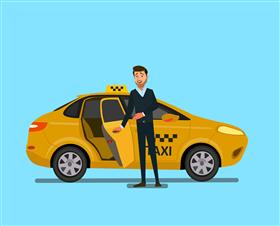 Bengalaru, India, Dec 4, 2019 -- If you come across any message advising women to send an SMS to 919969777888 when they board a taxi or an autorickshaw for facilitating their safety, you can junk it without a second thought. The city police said the message claiming it’s a police helpline number for women is fake. They said the public can rely only on Suraksha app and the helpline number 100’ or ‘112.

Just after Bengaluru City Police Commissioner Bhaskar Rao asked people to use the Suraksha app after a 27-year-old veterinary doctor’s rape and murder in Hyderabad, the fake message has been doing the rounds on multiple WhatsApp groups and many women have stored the number for their safety.

The message says, "Bangalore city police started a good service with a dedicated helpline for women. Before boarding the taxi or auto, SMS the vehicle number to +919969777888. You will get an acknowledgement via SMS. Vehicle will be tracked via DPRS. Share this as much as you can. Help your sis, mom, your wife and female friends."

However, when TNIE tried calling the number, it said the number does not exist and messages failed to reach.Rao clarified, "It is a fake message and the number will not assist complainants. The police have not sent any such message. People can rely on the Suraksha app and ‘100’ or ‘112’, and no other number. It is a request to the citizens not to believe any such messages and to stop sharing them. They should bring it to the police’ notice if any such messages are circulated."

The app allows a user to press a panic button which sends an alert to the police control room after which the police will be able to track the location via GPS. According to police a Hoysala patrol vehicle will come to the spot in just nine minutes. The app was launched in April 2017.