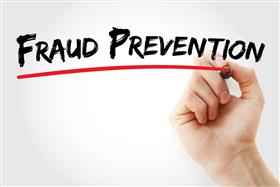 New Delhi, India, Jan 24, 2022 -- In view of frequent complaints of people getting duped on the pretext of 'Custom Duty', the Delhi Customs issued a helpline number for verification to prevent such frauds.

In a public notice, Sanjay Bansal, Commissioner of Air Cargo Exports, mentioned that instances have come to the notice that the general public is being cheated by unscrupulous elements, by first becoming friendly through social media i.e., Facebook, matrimonial sites, messenger or through some other channel and subsequently promising them to send parcels of various articles to India against payment in the name of Customs Duties.

These unscrupulous elements then impersonate Customs Officers by using their names and instruct the consignees (ie general public) to deposit money in a bank account created by them for fraudulent purposes to extort money. They may also issue fictitious receipts for duty demand purportedly made by customs.

The notice further reads that the general public is hereby informed that Customs Officers never call anyone and ask to pay Customs Duty to any specific individual's account or into his account. It is also informed that the Customs Duty can only be deposited in favour of the Commissioner of Customs (Government Account) through nominated banks such as Punjab National Bank, State Bank of India etc for the Commissionerate of Delhi Customs.

General Public is also informed that whenever any promise of so-called parcel at Delhi Airport ostensibly sent by such unscrupulous elements is made, they can perform the due diligence by confirming the veracity of the tracking number of the parcels through the tracking service sites provided by authorized couriers or postal department.

Further, the authorities in the notice said, "General Public is alerted/advised not to pay any amount in the name of customs to any person or to any private account or to anybody who demands such payments claiming to be an officer of customs on the parcels alleged to be detained by Customs at Delhi Airport/Import/Export Shed/FPO."