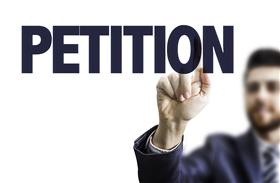 Bhubaneswar, India, Sept 9, 2020 -- It's not just the cases of domestic violence that are going up due to the lockdown, it's also instances of child abuse.

Childline India, a helpline for children in distress started by the Ministry of Women and Child Development, Government of India, received more than 92,000 SOS calls for protection against abuse in the initial weeks of the lockdown.

However, thousands are still not aware that national child abuse helpline number, 1098 exists.

In a bid to spread awareness about the same, an undergrad student living in Bhubaneshwar has started a petition on Change.org, urging the government to launch awareness campaigns.

According to News18, the boy himself claimed to be in "a traumatic and violent environment at home."

Speaking to News18 he said, "My father and paternal grandmother were violent. The domestic violence was, of course, worse for my mother than us."

"Being abused as a child can have long term impacts, it takes a serious toll on your mental health. But the worst part is the feeling that there is no one to help you and that you have no voice. In most cases, the child is dependent on their abuser, which makes it all the more difficult to speak up," the report quoted him as saying.

He said that the Childline helpline number in India, founded in 1996, is active and responsive but not everyone is aware of it. "I did not know about it, otherwise I would have called them up myself," he added.

The petition launched on Change.org, reads, 'Do you know that most of the abusers in cases of child sexual abuse are family members, relatives and acquaintances? We are all under a lockdown. I can't even imagine what most children, who are victims of sexual and physical abuse, are going through every day under this lockdown. Under normal circumstances, it isn’t considered safe for the abused child to stay at home as it might lead to further abuse. But, the lockdown has made it far more difficult'.

The petition has already received overwhelming support from people across the country.

Childline India Foundation is a non-government organisation (NGO) in India that operates a telephone helpline called Childline, for children in distress. It was India's first 24-hour, toll free, phone outreach service for children. Based in Mumbai, it helps the homeless children. It also helps the children who are poor and who cannot go to school. It give those children education. They collect money from people and they use the money to help these children. Child line number is - 1098. The childline received average two million calls in a year, most from children wanting to rescued from their place of work. India as per 2001 census of India has over 12.7 million working children between of age of five to 14 years.