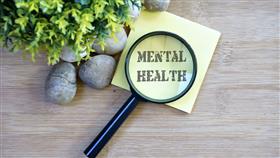 Christchurch, New Zealand, March 20, 2019 -- Kiwis distressed by the terror attacks in Christchurch are making use of a mental health phone and text service like never before.

The 1737 "need to talk" phone and text service offering free support from trained counsellors has been heavily promoted since the mosque shootings that killed 50 people.

"We've received contacts from all parts of communities in New Zealand, including from people wondering what this means for living in New Zealand in the future."

Calls related to the attacks had not dropped since the event.

"We're continuing to see volume levels much greater than what we would normally see," Slater said.

The counselling sessions were on average lasting about 40 minutes, three to four times longer than usual.

Slater said 70 to 90 per cent of contacts were from people distressed by the terrorist event.

"New Zealanders started getting in touch with us in some cases as soon as the attacks finished."

A number of people called the service after watching video footage of the attacks.

The service had put on an additional 80 mental health professionals to field calls, including those of the Muslim faith.

"We're seeing a broad range of distress including eyewitnesses at the scene, people who have been closely involved, people grieving as a result of losing friends and family, we've got people finding the events overall quite stressful and have triggered other stressful things for them," Slater said.

"We've got a whole nation that is deeply saddened."

Promotional material for the 1737 service had been translated into Arabic, Urdu, Hindi, Bhasa Indonesian, Indonesian, Te Reo and Indonesian since the attacks.

A member of Christchurch's muslim community says he does not feel safe returning to his place of worship.

Where to get help: