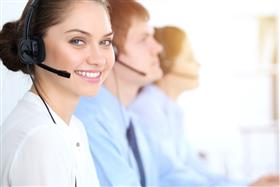 Heading into the 2019 Lok Sabha elections, the party has set into place call centres to keep in touch with grass-root party members. This is a change from 2014 when the BJP campaign and preparations had been centralised. The idea is to help the workers spread the word regarding government-run schemes.

The BJP has around two lakh Shakti Kendra workers involved in organising, coordinating and managing programmes at about 10 lakh polling booths across the country. Each call centre is covering a thousand such kendras, manned by 70-75 callers, a supervisor and a data-entry operator each, and equipped with laptops, printers and high-speed Internet.

The callers include a mix of professionals and workers trained by the party, fluent in the local language.

The staff at the call centres have been given a daily target of around six lakh 'completed calls', say sources, with the performance to be monitored at the central level. For example, there have been days when the callers have made over 10 lakh calls daily to party and booth workers, but got through to a little over three lakh.

"Unlike leaders, our booth and Shakti Kendra-level workers are attached to the party emotionally. Apart from communicating party-related messages such as campaign material and tour programmes of leaders, these calls help them feel connected and motivated," a party leader said.

Sources said after evaluating their performance, the BJP may retain the centres even after the elections.

A team of 20 party leaders headed by general secretary Bhupender Yadav is monitoring the call centres, sources said, and has been visiting the Shakti Kendras by rotation - around 80 a week.

In turn, the call centres would convey back to the central leadership feedback regarding possible candidates, speeches of national leaders, and campaigning methods.

One of the coming events for which the call centres have been set in motion is the BJP's 'Kamal Jyoti programme' starting February 26. As part of it, the party is encouraging lighting of lamps in houses and localities that have benefited from government schemes. The BJP estimates the number at 22 crore.

The call centres are already coordinating 'Mera Parivar Bhajapa Parivar' programme, where the party is putting up flags and Modi photos at homes of workers and supporters.

The call centres have also been coordinating the speeches being made by Modi to booth-level workers across the country via the NaMo app. On February 28, at an interactive programme called 'Mera Booth, Sabse Mazboot', Modi is expected to respond to queries sent to him from across the country.

BJP sources say the party next plans to call up prospective supporters. "In many states, especially where the party is yet to come up as a strong political force, we will call up people who have got in touch with us at any time," said a leader.

In 2014, the BJP had polled 17.17 crore votes, after a massive campaign that had seen at least 9.5 crore registered with it as members after verification. "We have developed such a strong data base that no other party can match it," the leader added.

The Bharatiya Janata Party is one of the two major parties in the Indian political system, the other being the Indian National Congress.