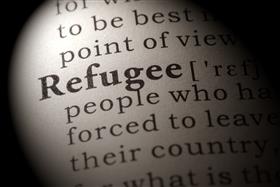 Jammu, India, Oct 13, 2017 -- BJP Refugee Cell, which is fighting for the long time to address the issues related to woes and sufferings of displaced persons from Pakistan Occupied Jammu & Kashmir (PoJK) has decided to open a "Helpline Centre" for the immediate redressal of the issues pertaining to the "Rehabilitation Package of the DPs of PoJK of 1947,1965 and 1971".

Refugee Cell State Convenor, Pt. Ashok Kumar Khajuria, while elaborating on the subject said that, while the issue is being already covered under "Prime Minister’s Development Package for J&K" approved under the Union Government’s Rehabilitation Package for Displaced Families from PoJK and Chhamb to the tune of 2000 Crore Rupees to be paid to 36,384 families at the rate of 5.5 Lakh rupees per family.

He said that, although the scheme has been set into the motion by the Union government, but still there are many problems in the ground implementation of the scheme due to the one reason or the another. He said that most often, the beneficiaries under the schemes are from the below par background, so they are unable to avail the benefit promptly, due to lack of proper information or mediums. He said that often they are devoid of the true information and have to run from pillar to post in order to gather the authentic information with no one giving them a kind hearing, which at times is presenting a situation of total helplessness for them. They have to struggle for even a single, simple document, which is highly condemnable in humane perspective and they have to see this apathy for not one , two or ten years, but a long period of 70 cruel years, thus leading a life of alien in their meagre resources with every previous Government and administration lending a cold shoulder to their worries, he added.

Pt. Ashok Kumar Khajuria, further said that in view of all the problems cited above BJP State refugee Cell has decided to come up with a "Refugee Helpline" in the premises of BJP state headquarter, Trikuta Nagar, Jammu, in which any member of the Refugee community can come to seek help about the document or other administrative issues and every possible effort will be done by the "BJP Refugee Cell" members in order to mitigate their sufferings.

Today's Tip of the Day - Check The Call Stats!