News : BJP to Set Up Over 200 Call Centres to Monitor, Amplify its Voter Outreach 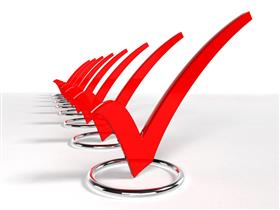 New Delhi, India, Nov 5, 2018 -- The Bharatiya Janata Party (BJP) will set up over 200 call centres to monitor and amplify its voter outreach programme ahead of the 2019 Lok Sabha election, two leaders familiar with the plan said.

The 543 parliamentary constituencies will be divided into clusters with each comprising two to three Lok Sabha segments as part of the plan, one of the leaders said. Each of these clusters will have a dedicated call centre from where professionals and party workers will seek feedback about the party’s programmes, events, and probable candidates. They will reach out to the beneficiaries of the government schemes to secure their support and address possible grievances.

The leader said 20 such call centres have come into existence at the level of various states. Rajya Sabha member and BJP national general secretary Bhupendra Yadav has been made the in-charge of the outreach.

"Each call centre will have 12-15 trained professionals, who are being hired for the job," a second leader said. "There will be a couple of party workers, too, for each of the call centres." A third leader said that feedback from the beneficiaries of Prime Minister Narendra Modi’s schemes will be passed on to the party’s district units, which will share it with the booth level units for follow up. Each of these beneficiaries will be approached personally before the election, he added.

"Five other national parties polled 177.5 million votes, which was only a little more than our tally. If we can ensure support from even 70% of these 330 million voters, we will return to power with a majority probably greater than 2014," the second leader said.

The call centre exercise is also to supplement a ‘booth action plan’ that BJP chief Amit Shah has chalked out to reach out to voters for the 2019 general elections. The plan includes compiling a list of voters with smartphones, deploying at least five motorbike-riding party workers at each polling station besides contacting temples and mutts priests and heads and poaching workers from rival parties.

A separate to-do list includes grading booths under the A, B, C, and D categories. An A category booth will be the one where most of the votes were cast in the BJP’s favour in the last election. The booths where the BJP hardly got any votes would be categorised as D.

The responsibility for the management of the D-category polling stations will be assigned to grassroots workers, while officer bearers will have the responsibility of manning the category C booths.

Shah has been credited with creating robust party units at each polling station. There were 927,000 lakh polling booths in the previous election.

Gilles Verniers, assistant professor of political science at Ashoka University, said, "The setting up of call centres to reach out to beneficiaries of government schemes is yet another channel of communication that the BJP set up for the 2019 campaign. They constitute in no way the kind of feedback mechanisms that public schemes so desperately need. If anything, if one wishes to set up such feedback mechanism, they would do it sufficiently in advance so as to take corrective measures and not on the eve of an election, when there isn’t time for any actual policy adjustment."

The Bharatiya Janata Party is one of the two major parties in the Indian political system, the other being the Indian National Congress.