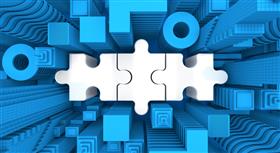 Blackpool, England, Oct 2, 2019 -- The jobs of workers at a charity which aims to combat loneliness among the over-65s have been secured following a merger.

About 100 staff at The Silver Line in Blackpool, set up by Dame Esther Rantzen in 2013, were told in June they faced being made redundant.

The charity has now joined forces with Age UK to try to meet increasing demand for services.

As a result, it has no plans to close offices in the resort.

The 24/7 helpline run by The Silver Line receives over 10,000 calls a week, and its befriending services support 2,000 older people.

But, following a consultation period, there are to be no forced redundancies.

"Meeting the escalating demand and finding the funds to answer every call has been a constant and exhausting challenge," she added.

A spokesman for The Silver Line said eight employees in its Blackpool call centre opted for voluntary redundancy and the vast majority of staff had slotted into "alternative shifts."

Silver Line CEO, Sophie Andrews said by working together the two charities would grow to "reach even more lonely and isolated older people".

Age UK is a registered charity in the United Kingdom, formed on 25 February 2009, and launched on 1 April 2009, which combines the operations of the previously separate charities Age Concern and Help the Aged to form the UK's largest charity for older people.