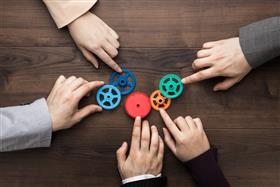 Bengalaru, India, March 13, 2019 -- In four to five months, the city's bus corporation plans to link safety-related complaints received by its call centre to the Bengaluru City Police helpline. This is to address sexual assault complaints faced by women passengers.

At present, if a woman in distress calls the Bengaluru Metropolitan Transport Corporation's call centre, the staff will depute security and vigilance officers to the spot. This is a time-consuming process and is a much longer wait for a victim, before she can lodge a complaint in the police station. To simplify the process, BMTC is in talks with the police to integrate the helplines, for serious cases.

"Instead of the call centre staff contacting the concerned bus driver, conductor, depot manager or security and vigilance officer, they can immediately redirect the distress call to the 100 helpline. Pink hoysalas which are nearby can rush to the spot immediately to catch and question the perpetrator. The BMTC's pink Sarathi squad which patrols the roads will also be alerted in the process," said a BMTC official.

Both departments are yet to work out how to integrate their helplines. Complaints of less serious nature such as buses not stopping at designated locations, rude behaviour by staff, passenger not being issued tickets or exact change will not be redirected to the 100 helpline.

BMTC Director (Security and Vigilance) Anupam Agarwal said," We have had one round of discussions with the city police where we proposed the integration. We are yet to work out the process of synchronisation. The purpose is to provide immediate help to a woman who faces sexual harassment of any kind on the bus."

" Along with integration of helplines, we are working on making the call centre number a shorter one to make it more convenient for commuters. The new helpline number will have four to five digits and will be easier to remember as well," Agarwal added.

As tenders will have to be floated for a new agency to handle the call centre, the integration and new helpline number will talk four to five months to come into place. Recently, two cases of sexual harassment were reported by women travelling in a moving bus. In both cases, the culprits could not be nabbed.

The Bangalore Metropolitan Transport Corporation, abbreviated to BMTC, is a government agency that operates the public transport bus service in Bangalore, India.