News : Board Exam: 112 Helpline Flooded with Calls Seeking a Curb on Noise 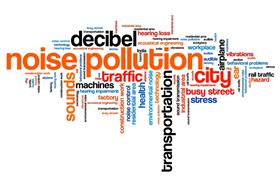 Ghaziabad/Noida, India, Feb 17, 2020 -- The 112 helpline in Ghaziabad and Gautam Budh Nagar are flooded with calls from residents who wish to restrict noise pollution levels in their neighbourhoods as students are preparing for their board examinations.

Following the directions of Uttar Pradesh director general of police, Hitesh Chandra, the police had initiated a drive from February 15 to March 31 to curb noise pollution and restrict the use of loudspeakers/public address systems in public and private locations.

The police have asked residents to dial 112 and seek help in case students preparing for their board examinations are being disturbed by loud music. According to records of the Ghaziabad police, the helpline received 155 noise pollution related complaints of which 25 were from Indirpauram, 28 from Kavi Nagar and another 21 from Sahibabad.

"There is a spurt in calls related to noise pollution as students are preparing for examinations. Our PCR vans reached the spot immediately and stopped the activity that was disturbing children preparing for their examinations. The erring persons have been warned but no FIR has been filed against them. We will take legal action if there are repeated violations," Neeraj Kumar Jadaun, superintendent of police (rural) and nodal officer for Ghaziabad police’s 112 service, said.

The Noida police said it received 75 such calls on Sunday complaining of loud music from their neighbourhood.

"Students can make a call at 112 if anyone is playing loud music. The PRVs and local police stations have been directed to attend to such calls get the music turned down," Sankalp Sharma, deputy commissioner of police, Noida, said.

The Noida police advised people to either shut down the music system, or lower the volume in order to help students better prepare for their examinations.

The 112 service to curb noise was launched on Saturday and 835 complaints have been lodged within the first 40 hours.

A majority of these calls were made by students in cities — Lucknow had 106 complaints followed by Ghaziabad with 78, Prayagraj with 52 and Agra with 38 complaints, UP Police from officers said

"The main cause of noise pollution was wedding functions in most cases. We have also started categorising the origin of noise pollution to have a better understanding about the reasons in different parts of the state," Asim Arun, additional director general (ADG) of UP police (technical services), said.

Officers said they are also categorising complainant, whether it was a student or a regular citizen and are also trying to maintain the names of violators in order to identify repeat offenders.

"We receive an average of 200 complaints of noise pollution every month, which spike in the months of February and March. This new system has enabled students to come forward and register complaints about sounds that disturb them," the officer said.

The board examinations of various education boards such as the CBSE, ICSE and UP Boards are to be held between February 15 and March 31.