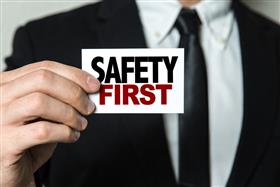 Davao City, Philippines, Jan, 2018 -- The fire that caused the death of the 37 call center employees of SSI made other business process outsourcing (BPO) companies in Davao City to be wary of their emergency protocols.

Information Communications Technology Davao Inc. (ICT Davao) president Samuel Matunog said the fire incident caused other companies in the city to check their own equipment as well as of their locators. Matunog further emphasized the need for this review to avoid similar disaster from happening again.

He admitted that emergency plans being observed right now are not sufficient enough to address fire and reviewing emergency procedures is a need. Matunog said these current procedures would not even suffice for, say, a burning fire exit where the victims are supposed to go out through.

Matunog also appeals to the Philippine Economic Zone Authority (Peza) not to suspend the operations of SSI as it may leave the 500 workers of the company unemployed.

Matunog also added that SSI had already planned to expand their operation within 60 days to prepare for office transfer and equipment acquisition.

"The expansion was really within their plan. The last time we talked, they are going to absorb their employees. We have also offered them different BPO spaces available in the city where they can transfer," Matunog said.

Despite the fire incident, ICT Davao still foresees a positive growth in the BPO industry in the country with about 5,000 additional workers target for 2018.

He said there is currently no shortage for spaces and investors as they keep pouring in. What the sector faces now is the lack of talents and human resources.

"The trend really now is that more and more people are working online based on their respective fields. Example engineering graduates work for engineering-related accounts online thru these BPO companies. The best way to prepare workers in a virtual world is really to work in a BPO setting," he said.

In two to three years’ time, ICT Davao is foreseeing a total of 70,000 BPO employees in Davao City as more and more graduates are produced because of the K-12 program.