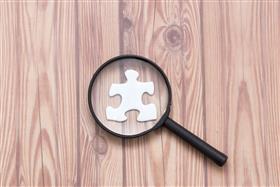 The BPO Industry Employees Network (BIEN), along with progressive groups in Davao City gathered Wednesday, January 3 in front of the mall for a mass and candle lighting activity.

"Beyond grief, we are here to conduct an independent investigation on the matter despite the results given by the authorities to determine who should be held accountable for the death of the victims," said Jupiter Delda, BIEN public relations officer.

At least 37 lives were lost in the NCCC Mall of Davao fire incident, only one of the casualties was an employee of the home-grown shopping mall, while the rest were employees of the Research Now Survey Sampling International (RN SSI) Davao.

BIEN expressed dismay over the non-compliance of the companies to safety standards implemented by the government.

"In our initial investigation, the SSI is non-compliant to safety standards. Though, it’s not a surprise anymore since BPO industries are accredited by Philippine Economic Zone Authority (PEZA) where they are free from thorough inspection and permits are granted after filling-in some forms" he said.

PEZA, on the other hand, confirmed that SSI has failed to comply with their fire safety requirements since 2013.

"In 2015, the DOLE issued labor permit both to RN SSI and NCCC through self-assessment. Meaning, the employers can just simply submit the necessary documents needed where they can simply state that their water sprinklers, emergency alarms and fire distinguishers are functioning," said Carlo Olalo, KMU-SMR Secretary General.

"But with the accounts coming from the survivors, we know this is not the case and the government let this happened by not conducting strict and proper on-site inspection," Olalo added.

The DOLE is yet to give the recent Notice of Results (NR) of RN SSI which contains the report on the general labor standards and occupational safety and health standards measurements on labor laws compliance assessment checklist.

This can only be issued by DOLE Labor Law Compliance Officers as they conduct on-site inspection visits.

Delda, meanwhile, said the NCCC management is not giving them clear answers.

"They are still pointing fingers. When in fact, this is a responsibility, an obligation, not only of BPO’s, but all of the industry companies and for the government to make the welfare of the workers their priority as service providers directly affected by such incident," Delda added.

Research Now SSI is a ag global provider of first-party consumer and professional data based on extensive, proprietary market research panels. Around this core asset of opted-in, managed data, the company has built innovative data services and solutions that bring the voice of the individual to the entire marketing spectrum, from research to marketing to advertising. Research Now SSI serves more than 4,000 market research agencies, media and advertising agencies, consulting and investment firms, and healthcare and corporate customers in the Americas, Europe, and Asia-Pacific.

The BPO Industry Employees’ Network or BIEN is a network that aims to provide a forum where employees across the BPO industry can exchange ideas about life and work, provide help to each other in various ways, and meet new friends.