News : Breast Cancer Screening Hotline Staffed by People with Only an Hour's Training 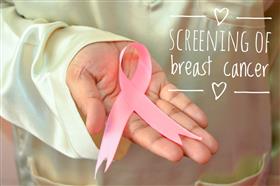 London, UK, May 4, 2018 -- Distraught women contacting the government’s breast cancer screening hotline are being connected with call-handlers who have had only one hour’s training and are relying on a cheat sheet of symptoms, the Guardian has learned.

The hotline opened after health secretary Jeremy Hunt said a computer error meant 450,000 women between the ages of 68 and 71 did not receive letters inviting them for a final breast cancer screening. He said up to 270 lives may have been cut short as a result.

It is being run by Serco, a multinational outsourcing company that runs government services including prisons. The call centres are based in Glasgow, Liverpool and Newcastle.

Workers said they are "disgusted" at the way it is being operated and described scenes of chaos in recent days, as call volumes rose from 5,000 on Wednesday to 10,000 on Friday.

Staff said the rush to set up the hotline led them to fear mistakes could be made in the handling of women’s cases as they were not medical professionals and had received so little training.

Labour said the problems with the helpline were "hugely serious". It said there had been an assumption that there was an expectation that trained clinicians would be available to worried callers.

A booklet provided to the call centre workers included a page that lists symptoms of breast cancer, which staff are supposed to go through if people calling the helpline ask.

A staff member who contacted the Guardian said the training sheet was "all over the place and hard to understand ... It looked like it had been typed up and sent out as soon as possible".

She added that she feared a lack of knowledge from those fielding calls was going to "cause more mistakes."

One staff member said: "I felt ashamed knowing what had happened to these women, taking these calls when I am not medically trained, have no counselling background and am in no position to help them."

She added: "Other people I work with feel the same. A girl who was working yesterday said taking calls was horrendous as people were getting really upset ... People also cannot deal with the volume of calls coming through. We are not trained to be dealing with those type of things."

Serco employees were told about the news at noon on the day Hunt revealed the issue in the Commons, and training in how to handle calls was delivered two hours later. The helpline was up and running at 4pm, said call centre workers speaking on condition of anonymity.

They have faced an avalanche of calls, with the number of people calling in distress doubling from 5,000 on Thursday lunchtime to 10,000 on Friday, according to figures released by Public Health England.

The rushed response to setting up the helpline comes despite the fact that the government had known about the screening error since January, discovering the missed invites after an upgrade to the IT system provided access to improved data sets.

Usually, staff members are given two weeks training to handle calls, one said. They also reported having to drop coverage on other helplines, including booking appointments for universal credit, the government’s benefits system that has already been widely criticised because of the minimum 42-day wait for applications to be processed.

Jonathan Ashworth MP, the shadow health secretary, said: "It seems the outsourcing firm Serco is running the hotline with staff who have no medical background or training in counselling, responding to women on these calls ... There are of course huge questions that remain unanswered about this tragic scandal but the government’s priority must also be to ensure adequate resources are in place to give women the help they need."

The Guardian saw sheets from what one Serco worker said was a 23-page pack given to call-centre handlers advising them on how to help those worried women who call up. There were a further four pages on possible scenarios and seven pages of frequently answered questions.

One worker said: "I don’t think the people whose family members have died would like to know the people they’ve been directed to to help them aren’t medical professionals but have to give medical advice and it’s all from one information sheet."

She added: "We found out at noon and were delivered training at 2.30pm. We were then taking calls live at 4pm ... Normally we get two weeks training and this was one hour and a half ... it is ridiculous, there’s no way we could take in all that information in that amount of time."

Serco provides a broad range of services for governments and corporations worldwide. It runs a number of government services including health, transport, justice, immigration and defence.

In the past, it has come under fire for overcharging on government contracts to tag offenders, as well as for its running of a number of private prisons.

Public Health England confirmed that it had contracted out the helpline to Serco. A PHE spokesperson said: "We are committed to ensuring that affected women and their families receive all the support they need ... We are aware that the helpline is busy, particularly at peak times. We have built additional resilience into the system to ensure that as many people are able to receive support as possible."

A spokesperson for Serco said: "Our operatives are all trained and experienced in providing contact services on behalf of public service customers. They are using information and advice provided by Public Health England and are required to collect details of women who believe they have missed screening, so they can be contacted by health professionals, and to set out the options available to them."