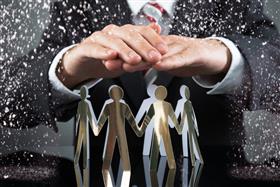 "Too often, the business sector behaves as though the cheapest option is the best. That’s why the threat of outsourcing hangs over call center workers constantly," brown said in a statement. "And, it’s why I introduced the U.S. Call Center Worker and Consumer Protection Act, to help protect these Ohio jobs.

Call center workers contribute to businesses and improve outcomes. We need to value their contributions and stop severing the direct relationship between a business and its workers by shipping jobs overseas."

Brown’s off ice said his bill, the U.S. Call Center Worker and Consumer Protection Act, would:

• Require that all call center work performed on federal contracts be done in the U.S. and that the federal government give preference to companies that do not off-shore jobs when awarding contracts

• Require U.S. companies to identify the location of the call center and allow the customer to be transferred to a call center located in the U.S., if asked.

The list of companies that offshore call center jobs would be maintained by DOL and be available for public reference. Any companies on the list would be ineligible for federal grants or loans, except if there is a threat to national security or risk of substantial job loss in the U.S. Federal agencies would also be required to give preference to U.S. employers that do not appear on the list.

Call center closures and downsizing have occurred across the country and across industries, as companies have moved service centers to countries where working conditions and information security practices are often far inferior to those in the U.S. This has both devastated communities that have lost jobs and placed American consumers’ sensitive information at greater risk. Across the United States, there are over 3 million call center workers. Two-thirds of workers are women and nearly 20 percent are African-American.