News : BT to Bring Call Centres Back to Britain by 2020 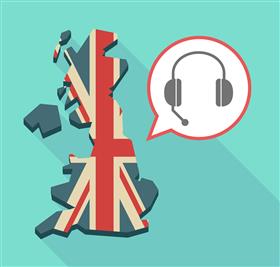 London, UK, May 16, 2018 -- BT embarked on a course to improve its reputation for poor customer service by pledging to bring all its call centres from offshore locations such as India to the UK and Ireland.

The telecoms provider had moved its call handling to India and the Philippines to save money, but customers repeatedly cited the use of foreign customer service staff as one of their major gripes about dealing with the company.

Now, all calls will be answered in centres across the UK from Newcastle to Plymouth by 2020, the company said.

The idea is one of 24 strategic moves being announced today by BT’s consumer business chief Marc Allera aimed at persuading customers to use BT for their mobile, broadband and wi-fi. These will include reintroducing the BT brand in High Street stores.

Last week, BT announced it was closing its City headquarters and shedding 13,000 jobs, largely overseas and in management roles.

Allera, seen as a potential successor to BT chief executive Gavin Patterson, described customer service as "the first suitcase in the car", meaning it was his priority.

Despite the battered reputation of BT among customers, the brand will remain, trading alongside the EE and Plusnet businesses.

Allera comes from the EE side of the business, which started bringing its call centre staff back to the UK before it was taken over by BT in 2016, and recently completed the project. He said: "We found a big increase in customer satisfaction when we brought call centres back to the UK."

When EE first moved UK call centre work to the Philippines in 2011, management reportedly told staff in Darlington they could choose between taking lower-paid roles in Britain or relocating 7000 miles to Manila. Their wages in the Philippines would fall to £200 a month but the perks of moving would include a "rice allowance", they were told.

BT first opened call centres in India in 1995, but moved in earnest in 2000. By 2015, half of all calls for BT broadband were handled overseas, mainly in India.

BT declined to say how many new jobs would be created in the UK, but said the work would be "evenly distributed" among its existing call centres here.