News : BT to Close 270 Offices with North East Not in List of New 'Key' Locations 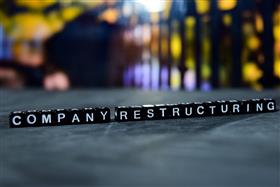 Newcastle upon Tyne, England, June 5, 2019 -- Doubt has been cast over thousands of jobs in the North East after telecoms provider BT said it was planning to close 270 of its offices.

The company - which has major sites at Newcastle, South Shields and Darlington which between them employ more than 6,000 people - wants to reduce its 300 offices to around 30 in what it says is the biggest consolidation programme of its type in the UK.

Eight "key locations" have been identified by the group as part of the restructuring, but none of them are in the North East.

BT said no job losses were planned with the restructuring, but workers at the group’s North East hubs will now be hoping that sites in the region will make up the 20 so far undeclared sites.

Group chief executive Philip Jansen said: "Revealing these eight locations is just the first step. We have dedicated teams working on identifying the best buildings to move into and which ones to redesign for the future.

Around 52,000 people are currently employed across the 300 locations. The company’s Newcastle call centre employs 3,700 while 2,600 work in Darlington and 360 at South Shields.

BT said the 30 centres will be modern buildings, including corporate offices, contact centres and specialist sites, describing it as the largest programme of its type in the UK.