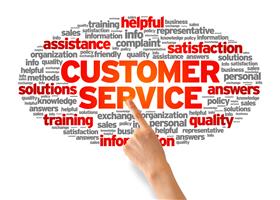 The telecom regulator received the highest number of complaints in 2019 from mobile phone users against the country’s second largest mobile phone operator Robi.

According to Bangladesh Telecommunication Regulatory Commission data, complaints against Robi through the BTRC hot line were 4,863 in the year.

Complaints against mobile operator Grameenphone were 3,111, Banglalink 1,323 and state-run Teletalk 1,202.

BTRC officials said majority of the complaints were related to call drop and slow internet connectivity.

Last year, the telecom regulator conducted test drive in Dhaka and Barisal divisions to assess the quality of 4G service by mobile operators as per BTRC benchmark of 7 MBps download speed.

All the four mobile phone operators were found providing 4G internet service below the BTRC benchmark.

In Dhaka, as per BTRC finding, GP and Robi maintained the benchmark while Banglalink was providing service at 6.49 MBps and Teletalk at 4.85 MBps.

In Barisal, all the four operators failed to maintain the 4G internet speed as per the BTRC benchmark.

The government in November 2018 awarded four companies licence for building and managing mobile network towers, separating the tower business from the mobile operators.

The stand-off between the mobile phone operators and the tower companies on pricing of tower sharing has put construction of around 3,000 new network towers across the country on hold.

Moreover, since July last year, GP and Robi, having 12.48 crore subscribers of the total 16.48 crore mobile phone users, were not allowed to import and install new mobile phone tower equipment.

‘All the factors created severe pressure on the service quality. We have already warned the operators to improve their service otherwise we will take action," a senior BTRC official told Dhaka Tribune.