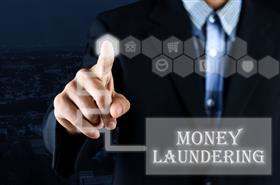 Kuala Lumpur, Malaysia, Oct 21-- The police revealed that a call centre for an international gambling syndicate masterminded by two men believed to be involved in a recent money laundering case was also involved in a foreign exchange (forex) investment fraud cases.

"Investigations involving the syndicate will be continued by the Commercial Crime Investigation Department, Special Branch and Bukit Aman Integrity and Standard Compliance Department.

"We would like to clarify that last year the Criminal Investigation Department has taken action against this syndicate in Malaysia and has charged them under the Prevention of Crime Act (POCA) 1959, in addition to another 2,069 individuals," he said in a special press conference here today.

Huzir said they will not arbitrarily release the two men because the investigation into the case was still ongoing.

One of the individuals is still in custody while another escaped by climbing over the fence at the Malaysian Anti-Corruption Commission (MACC) headquarters in Putrajaya on Oct 11.

Asked whether the case involved the intervention of any politician, Huzir denied the matter.

"There is no involvement of politicians in relation to the Macau Scam investigation and we are conducting the probe professionally, transparently and thoroughly," he said.

Meanwhile, Huzir said they also detained 138 individuals in 12 raids around the Klang Valley over the past four days on suspicion of being involved in gambling call centre activities following the dismantling of the syndicate.

"Besides, 243 individuals were charged under POCA for being involved with local and international call centres from January to October," he said.

Meanwhile, the three suspects detained under POCA in connection with an online gambling case recently, have been remanded for 21 days to assist in investigations, Huzir said.

"Preliminary investigations found that these three individuals were involved in online gambling activities, online fraud and deceiving people into investing in foreign currency," he said.