News : Busiest Year Ever for Ambulance 111 Calls in New Zealand 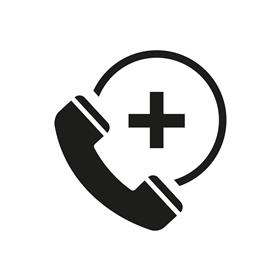 Auckland, New Zealand, Dec 6, 2017 -- No hour is the same inside Auckland's St John clinical control centre as operators take about 1300 calls a day from people in distress.

On a good day call handlers help deliver babies, on bad days they have members of the public die on the phone with them.

Auckland duty centre manager Tash Lawrence has worked for St John for the past nine years.

Her team of about 16 people take confronting calls on a daily basis.

"They can have really unsafe calls, some are fabulous and some are the worst day in people's lives," Lawrence said.

Lawrence has worked her way from being a call handler to dispatcher to now a duty centre manager so understands the full workings off the clinical control centre.

When 111 is dialled for an ambulance, the clinical control centre team steps into action.

A call goes through to the call handlers who ask a series of questions such as the location of the incident and whether the patient is conscious and breathing.

After a number of questions, call handlers with dispatch the call to the dispatchers who will find the closest available ambulance to attend.

If the call is classed as a non-urgent incident and does not require an ambulance, the call is transferred to a clinical hub where trained nurses and paramedics stand by to recommend visiting a GP or guiding the patient through various steps to take.

It can be a very stressful job for the handlers who will often get abused over the phone and there's often no closure, Lawrence said.

"It's a full-on job and it is stressful, it's not something that you take home physically at the end of the day but mentally you do hold onto those certain calls," she said.

"I had a gentleman who died on the phone while speaking to me, I've had a child who was crushed and as a mum that pulls at your heart strings a bit and I've had multiple family members die in one phone call which can be quite hard to deal with," Lawrence said.

"I'm immensely proud of the work our people do in each of our emergency control centres where no two days are the same and any call can take them down a path where lives are literally in their hands," Haigh said.

In the year to June 30, the Christchurch centre answered 41 per cent of all 111 calls, Auckland answered 38 per cent and central comms answered 21 per cent.

This is the first year since St John started recording volumes in 2013 that ambulance services had dealt with half a million 111 calls.

Mobile phones had contributed to the increased in the number of calls, Haigh said.

"The population has grown and there are also more elderly people in our communities so it stands to reason there's more demand for our services via our 111 emergency call centres," he said.