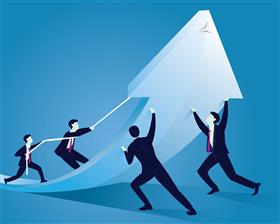 Isle of Man, UK, May, 2020 -- Originally designed as a simple hotline to book tests, the Covid 111 service has become a crucial hub in the Isle of Man’s coronavirus response, writes Dave Kneale.

When it launched on March 20, the service had gone from a standing start to taking calls in only nine days.

According to Dr Gregor Peden, chief clinical information officer for DHSC, it was the result of a huge team effort: ’We are used to running big projects in health but they tend to be one or two year plans with a definite focus,’ he told the Examiner. ’This was something else.’

The line is manned seven days a week, between 6am and 10am, by teams of call handlers and clinicians.

Callers are guided through a series of structured questions about their symptoms, medical history and travel history, which is recorded on a central patient database and instantly available across DHSC.

Although many callers simply need reassurance, symptomatic patients are referred for testing, either at the grandstand or by the home swabbing team.

In the most serious cases, an emergency ambulance might be required.

The 111 helpline centre has become a hub for clinical and community responses to the crisis: it delivers results to patients, manages the flow of referrals for testing and acts as the first step in the contact tracing process.

’When we first went live it was just a triage and throughput measure,’ Dr Peden explained. ’Patients with symptoms were sent for a test. But it quickly became evident that we needed better control on all these other elements, so it made sense for 111 to expand quickly to manage all of this other activity.

’We’ve made ourselves the single front door into testing so that we have a grasp of the numbers that are coming through, we can send results back and we can report across DHSC.’

When the helpline launched, there were more than 960 calls in a single day on March 23.

The numbers have steadily dropped, but the Covid 111 helpline will remain the public’s first port of call in the island’s fight against the virus.

The team must keep track of a constantly shifting landscape of clinical guidelines, social restrictions and system improvements; the helpline is currently working from the 26th iteration of the workflow developed by Dr Peden.

But not every tweak is very high-tech.

The number of tests available on any given day is monitored by the simplest possible method, using balls and a plastic bucket, after the team nearly overwhelmed the grandstand testing unit: ’Between us we booked something like 100 tests on day one,’ Dr Peden explained.

’Now every time we refer someone for a test, we drop a ball in the bucket.

’We know as soon as we hit capacity for the day, it’s the simplest way to keep track.’

Dr Peden said that the project had been a team effort between DHSC, Government Technology Services and the Cabinet Office.

’It’s been hard work for all of us but I think everyone involved, from the setup, design, to manning the calls, is really proud of what we’ve managed to achieve,’ he said.

’These types of clinical call services tend to take about two years of planning and development before they go live. To have achieved it in nine days is incredible, it’s been a massive, massive team effort.’

He paid a special tribute to the island’s student nurses who have helped to man the clinical lines from day one. ’They’ve done an incredible job here and I know that a lot of them have also been helping out with the swabbing teams as well,’ he said.

’They’ve really gone above and beyond to help.’