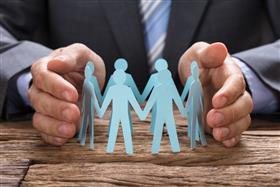 The purchase from its US owners safeguards around 400 jobs in the area with the view of creating an additional 250 over the next three years.

Chief executive Officer Nick Ford, who led the buyout, said today the move was the fulfilment of a personal ambition.

NCO Holdings received (undisclosed) support from the Barclays Northern Powerhouse Fund who assisted in the MBO of the business from US owners Alorica Inc.

Based at New City House in Ringway, NCO Europe employs over 400 people.

Nick, who has worked for NCO Europe since its inception, said today he was delighted with the buyout, which would ensure that NCO’s presence remained in Preston.

He said: "This something I have personally wanted to achieve for 23 years.

"We perhaps haven’t seen the commitment and investment that we should have had in recent years .

"We are now well placed to make our own decisions."

Nick said the business, which acts as a contact centre for major un-named banks, had always centred on Preston.

He was delighted to secure workers’ jobs and predicted further expansion in the coming years.

Nick added: "Barclays played an integral role in supporting the acquisition process and funding the deal.

"I would like to thank them for their patience, flexibility and enthusiastic support to get this transaction over the line.

"They have been able to structure a funding package that suits our long term needs following the manageent buyout allowing us to make key strategic investments in a number of areas supporting our growth plans and digital transformation. "

Ed Spencer, Relationship Director who led the deal for Barclays Corporate Banking added: "At Barclays we’re delighted to be able to help businesses grow and expand and the Northern Powerhouse fund is the perfect vehicle for businesses that are looking for new opportunities and require flexible funding options.

"This deal will mean that hundreds of jobs are retained here in the UK in Preston now that the business is under independent UK ownership, rather than migrating abroad and with the plans currently in place will see a further increase over the coming years given the high regard NCO Europe is held within this market."