News : BWSSB to Set Up Helpline to Regulate Cleaning of Pits, Septic Tanks 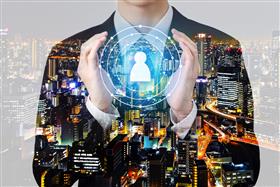 Bengaluru, India, Feb, 2021 -- The IT capital’s reliance on manual scavengers is a dirty secret. In an effort to crack down on citizens hiring private service providers to clean pits and septic tanks, the Bangalore Water Supply and Sewerage Board (BWSSB) is working towards setting up a helpline. The purpose is to register agencies and service providers offering de-sludging and cleaning services, and crack down on those who break the law. This comes a year after the Board decided to make it mandatory for citizens to hire service providers that it had certified.

An internet search on service providers to clean pits and septic tanks throws up hundreds of results, with many of the companies offering ‘mechanical cleaning’. However, activists claim that this cleaning is not bereft of human intervention with agencies hiring cheap labour as well.

The Board’s efforts, however, seem to be hitting a dead end, with next to no response to its call to private service providers. BWSSB made a public announcement, twice, urging private service providers to attend a meeting on certification and fixing a price for various services. Most of the firms are concentrated in outer areas of the city where the sanitary infrastructure is absent.

BWSSB officials admitted that the response has been poor, both times. While just eight service providers attended the first meeting, 12 attended the second.

"We got the list of these private service providers from a private company. However, most of the numbers listed are either out of reach or wrong, and some of the addresses were not traceable," said a BWSSB official.

K.B. Obalesh, State convenor of the Safai Karmacharis Kaval Samiti, said the effort was part of the Centre’s ‘Safai Mitra Suraksha Challenge’. "Around 240 cities and towns from across the country are participating in the challenge, including Bengaluru and six other cities in Karnataka," he said.

Pointing out that there were many issues with private agencies offering such services, Mr. Obalesh said that safety precautions were often not taken, resulting in deaths.

"The BWSSB must record the kind of equipment used by these agencies, the capacity of the jetting and sucking machines, safety gear provided to the cleaning personnel, and security provided to them," he said, and added that many agencies were not responding to the BWSSB’s call only because they feared that they could end up making a loss if the rates are fixed. "After all, faecal matter is now akin to ‘gold’ for these service providers," he said.