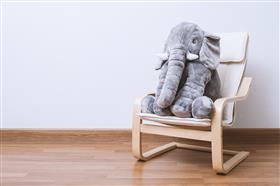 Harrisburg, PA, USA, Feb 24, 2017 -- As expected, the state House of Representatives’ budget hearing with the Department of Labor and Industry was dominated by what the agency’s secretary called "the elephant in the room": the state’s problematic Unemployment Compensation system.

And despite a few months’ time, it also proved that not much has changed from last session’s debate on the matter.

Gov. Tom Wolf’s administration is still seeking money to help fund the administration of the system that provides benefits to jobless Pennsylvanians, while many state lawmakers — mostly Republicans — want more details regarding where past payments were spent and how the department plans to wean itself of state dollars in the future.

"The unemployed people of Pennsylvania have a UC system that isn’t working for them, and they deserve better," said L&I Secretary Kathy Manderino, calling the current system "wounded."

In 2013, lawmakers authorized four years of transfers, which ultimately totaled nearly $200 million, from the UC Fund to the created UC Service and Infrastructure Improvement Fund to supplement federal funding for the administration of the UC system, due to declining federal dollars, and modernize the benefits system. Those transfers were to be a temporary fix and end with the final transfer in 2016.

Wolf came back to the General Assembly last year to ask for another four years of funding, although he ended up settling for a one-year, $57.5 million transfer, as the work to update the benefits system was not only incomplete, it hadn’t yet started.

House Republicans, unwilling to agree to the four-year extension, did approve the one-year transfer at the end of last session, but the Senate GOP would not approve the measure without receiving more spending details from the department — although the Wolf administration says it provided plenty of information. In response to the lack of funding, the governor chose to close three call centers and furlough more than 500 state employees in early December.

Manderino said these losses have led to some beneficiaries waiting more than six hours to speak to call center employees and facing delays in benefits, among other problems.

She and Wolf maintain that supplemental state money is needed to modernize the system’s operations and keep benefits flowing to those who need them.

However, some lawmakers still aren’t convinced that throwing more money at the department will solve its problems, and they raised concerns about the department’s inability to fulfill its intention to update the system.

Rep. Jerry Knowles, R-Schuylkill, asked: "Can you give me off the top of your head or provide us with the breakdown on how much of that money was used to make improvements on the system and how much was used to pay people?"

"SIIF dollars were being allocated for personnel costs, but that didn’t mean we weren’t making infrastructure improvements," Manderino said. "In the end, they were going for both purposes."

Knowles pushed on: "So that money was not used specifically for what it was intended?"

"It was used for exactly as it was intended," she said. "It was intended to be used to improve services to customers and to make infrastructure enhancements as the department deemed appropriate. That’s how it’s written in the legislation."

"I don’t know why people thought that the process was going to be completed by 2016. We sunset a lot of things for the purpose of re-evaluation" she said.

She implored the lawmakers to appropriate state dollars if they hope to solve the problems many of their constituents are calling about.

It also appears that the department’s goal to sign a vendor to modernize the system has been pushed back again.

Manderino now hopes to sign a contract for a vendor by mid-June. The goal was to have that contract nailed down by mid-January, but the selection and scoring processes have taken more time than expected, she said.

Rep. Stan Saylor, R-York, chairman of the committee, expressed frustration about the delays and number of expenditures the Legislature has approved for technological updates that don’t appear to be benefiting the departments that ask for them.

"I don’t think we’ve gotten our taxpayers’ dollars’ worth of technology upgrades because I have to be honest with you, it doesn’t look like we have. It’s not just this department," he said. "We have spent millions of dollars of contracts for computer upgrades, and we still are not where we need to be. … Something is wrong when we aren’t able to keep our agencies up to date that best service our taxpayers of Pennsylvania."

He said he plans to ask the auditor general to audit all state departments’ computer technology contracts.

Lawmakers also discussed Wolf’s proposal to boost the state’s minimum wage from $7.25 to $12.

Some raised concerns about the effects that change would have on small business and jobs, while others praised the proposal for providing a livable wage to Pennsylvanians.

Wolf proposed a hike of the minimum wage in his last two budgets, but the effort was never taken up by the Republican-controlled General Assembly.

More Editorial From Department of Labor and Industry