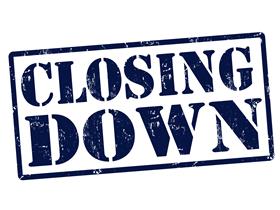 Salt Lake City UT, USA, June, 2018 -- Workers at a Salt Lake City calling center are wondering about their future after recently getting the word that their jobs are moving out of the country.

Intercontinental Hotels Group employees were informed last week that the facility they work at will close in late November.

He said the new call center sites are located in Jamaica and the Dominican Republic. The separation notice provided to employees stated details of a review the company undertook at its central reservation offices to determine the most effective and efficient means of delivering customers support to hotel, owners and guest, he explained in an email.

"Partnering with Alorica and outsourcing our jobs is not the most effective or efficient way to deliver customer support," he said. "It would be a decision based off of financial gain."

"People need to see and hear actual occurrences of hard-working dedicated Americans losing their jobs to overseas for cheap labor," he said. "I hope with the exposure and with public and customer feedback these decisions may be reversed."

The company said the determination to shutter the Utah office was a hard one to make.

"We made the difficult decision to wind down our Salt Lake City call center," said IHG spokesman Neil Hirsch. "We recognize that any decision that impacts our employees’ lives is difficult, which is the reason we are committed to treating our people with dignity, fairness and respect through this process."

He said a review of the company's central reservations operations has shown the center continues to experience staffing challenges leading to lower overall performance.

"While this is a difficult decision to make, it is in the best interest of IHG, our hotels and our owners," he said. "We’re executing a strategy to partner with a well-known third-party vendor that will effectively and efficiently staff these reservation operations moving forward."

Hirsch noted the company plans to maintain a small team of guest relations specialists and a test lab in Utah.

"When the announcement was made, there were a lot of unhappy people," he said. "It was very disappointing."

A 12-year veteran of the company, he said the work environment was one of the best he'd ever experienced.

"It's more of a family type of atmosphere," he said. "People are really hurt by this decision."

Howard noted that the company has declared it will provide job training and career fairs for employees as they prepare to look for new work. Fortunately, he said the state's current employment rate is low, which should increase the chances of finding a new job.

And while he appreciates the assistance being offered by the company, the one thing that is particularly bothersome is the transfer of the jobs to offshore locales.

"The real frustrating thing is the jobs are somewhere else," he said. "A lot of people have been here a long time, some over 20 years, and are really hurt that they are moving the jobs to Jamaica and the Dominican Republic."
1 comment on this story

He expressed disappointment that politicians talk about keeping jobs in America, but more than 1,000 IHG positions in total are being moved abroad as a way to reduce costs — much of which would be in worker wages. This situation seems to run counter to what has been espoused by some of the state's and nation's political leaders, he said.

"It stinks!" Howard said. "One of the responsibilities of our government is to ensure that jobs are secure. Utah has done a good job of bringing jobs here, they should also be focused on keeping them here as well."

IHG is an international hotel company whose goal is to create Great Hotels Guests Love. We have more guest rooms than any other hotel company in the world - that's rooms in more than 4,150 hotels across nearly 100 countries. Our guests book over 160 million stays in IHG hotels every year. You can depend on our 7 great brands for a hotel that suits your travel needs or tastes. We also provide Priority Club Rewards - the world's largest hotel loyalty program.