News : Call Center Employment Will Soon be Up to 50, Applications Still being Accepted 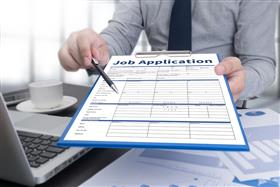 Sneedville, TN, USA, Sept, 2019 -- At the Sept. 9, 2019 meeting of the Hancock Co. Commission, Mayor Thomas Harrison reported that the last payment has been made on the new Allied Dispatch Call Center.

"The only thing we’re still working on is paving," he said. "We have applied for a grant, and they’ve asked us for a lot of information. We had to have a title opinion on the property. I told them that we already spent all of that money on the building and that they didn’t have a problem with it. We bought the property 25 years ago, so its taken some work to get that done. We hope to get it paved before the paving crews shut down for the winter."

A recent malfunction in a component of the building’s heating/cooling system resulted in some damage to ceiling tiles and water on carpeting.

Harrison said the problem, in a nutshell, wasn’t in the HVAC unit itself, but that a thermostat wasn’t "communicating" properly with others in the system and caused condensation on trunk lines.

"They had to work on the computerized ‘gate valve’ that controls different zones in the building, cleaned the carpets, replaced some ceiling tiles, touched up everything and its working fine now," he said.

Harrison reported that employment at the call center will be up to 50 persons by Oct. 9.

The center is still taking applications for employment, he added.

"They are open Tuesday through Saturday from 1:30 until 10 p.m., and persons can bring applications there or to the County Mayor’s office," Harrison said.

Depending on how things progress, he said, a second shift could be added, as well as opening up slots for part-time employment.

The company answers emergency calls, around the clock from its various facilities, for roadside assistance from all 50 states, Puerto Rico and Canada.

While Allied Dispatch Solutions provides fully customized solutions ranging from customer service to real time tracking and data integration. We are prepared to meet and exceed the service needs of your business regardless of industry or size. We are not hindered by legacy systems and as a fully cloud based company we are able to integrate with your existing systems with little to no down time.