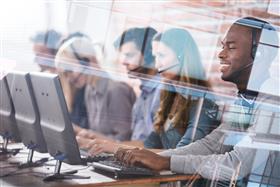 Riyadh, Saudi Arabia, July 2, 2018 -- A direct toll-free telephone line has been established for members of the municipal councils to communicate with Minister of the Municipal and Rural Affairs Abdullatif Bin Abdul Malik Al-Asheikh, the ministry has announced in a statement.

It said 3,156 members of 285 municipal councils in the Kingdom can call the toll-free number 920033033 for direct communications with the minister's office.

The ministry said through this line, the minister will directly receive all suggestions, inquires and complaints concerning the municipal work from the council members.

The ministry said the call center was established within its support to the municipal councils and out of its belief in the important role the members were undertaking as representatives of the people in all matters concerning the development of the civic services.

It said the center will provide immediate and quick communications with the minister and the top officials in the ministry to answer queries of the members.

The ministry said the members will be able to raise issues directly to the minister who will reply to them after reviewing them with the concerned departments.

The ministry also established smart phone app that enables the members communicate directly with the minister's office, obtain the required data and easily follow up the paperwork.

Since its launch, the call center received 404 communications consisting of 198 requests to evaluate municipal services and 170 inquires about a number of financial and administrative issues concerning municipal councils.