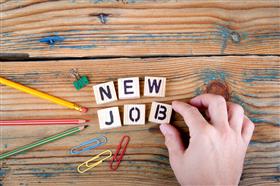 At the end of this month, 17 jobs will be posted on Workday, a website run by the state of Oregon to work in a call center set to be stationed in St. Helens.

Amy Youngflesh, District Manager for the Oregon Department of Human Services, said the department will be hiring locally, from both Columbia and Clatsop counties. Interested candidates can apply throughout the month of November. Those who qualify will do in-person interviews in December. Once candidates are hired, they will do on-the-job training, and will officially start work in March of 2020.

"We’re going to hire 17 people, in what’s called a benefit and eligibility worker, no college degree required," Youngflesh said, adding candidates should have good customer service, because they will be interviewing Oregonians from all over the state for benefits.

Those who get the job will be calling customers, verifying information, double-checking benefit applications and issuing benefits, Youngflesh said. They will be equipped with a computer with two monitors, a phone and a headset.

Within the 17 positions, there will be two customer services guides, who will be support staff that will be making sure the schedule board is accurate, reviewing documents ahead of time and supporting the benefit and eligibility workers on the phone, according to Youngflesh.

"There’s a significant amount of training you get after you get hired," Youngflesh said. "The training is all paid, and benefits start right away."

Youngflesh, who oversees District 1, which comprises Clatsop, Columbia and Tillamook counties, is in charge of child welfare self-sufficiency programs, such as SNAP benefits and childcare. Right now, if someone is in need of benefits, that person must direct themselves to the specific program that is right for their situation.

With the new software system, Youngflesh said, "There’s no ‘wrong door’ for anyone who needs assistance. This ONE system is this portal where you can log in, and you can explain your situation, and there’s this search engine that gets your benefits done immediately and accurately."

The software system is something the state of Oregon purchased two and a half years ago from the state of Kentucky, and is now in the beta stage for fine-tuning, Youngflesh explained.

All the computer work necessary to facilitate the new software system is part of another program that Gov. Kate Brown implemented to bring more jobs to rural areas, Youngflesh said. So far, call centers have opened in Coos County, Western Hillsboro, Tillamook, Astoria and Pendleton.

"She really targeted rural areas, because the jobs pay really well, so that’s what this initiative has been the last year," Youngflesh said.

In District 1, Youngflesh said, there have been 25 people hired in Tillamook, and 15 people hired in Astoria. Youngflesh stressed that the new center, which will be set up in the office buildings at 500 N. Columbia River Highway in St. Helens, will be using local hires.

"We really want to hire from Columbia and Caltsop counties, because the commute is pretty reasonable," Youngflesh said. "These call centers are throughout the state, they’re very specifically in rural areas, that’s something the governor really wanted to invest in."