News : Call Center Warns of Another Potential Round of Layoffs 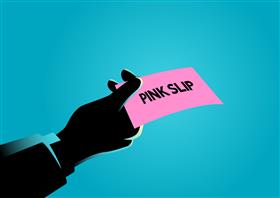 Albuquerque, NM, USA, April 30, 2018 -- Two months after warning the state of 151 potential layoffs, Convergys has filed another warning that another 107 jobs are at risk.

The Worker Adjustment and Retraining Notification, or WARN, was filed April with a layoff date of June 30. Convergys spokeswoman Brooke Beiting confirmed the WARN in a phone call with Business First and said the potential layoffs are taking places because of a client program ending on June 30 — the same day as the layoff date.

Beitling declined to name the client of the program that's ending but said it operates in the telecommunications industry.

Ohio-based Convergys filed a WARN in February with a layoff date of April 30. Beiting said the two separate WARN notices are independent of one another. She said the employees have been given options ahead of the layoff date, as the call center is seeking clients in both the technology and health care industries.

According to previous Business First reporting, the call center company was the recipient of $197,250 in Job Training Incentive Program funding in fiscal year 2017 in order to create 100 new jobs.

As the New Mexico Legislature came to a close in February, JTIP was approved to receive $9 million of the $12 million it requested for the upcoming fiscal year. To qualify for JTIP funds, companies must either create a product in New Mexico, or provide a non-retail service with 50 percent of the company's consumer or revenue base outside of the state.

Convergys' second WARN this year makes the fifth in the state that could affect at least 60 employees. By law, employers are required to provide notice 60 days in advance of covered plant closings and covered mass layoffs.