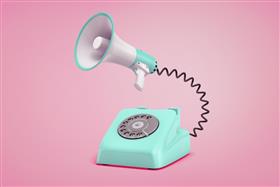 Nagoya, Japan, Oct 7, 2019 -- Artists who participated in a suspended exhibition on freedom of expression at international art festival Aichi Triennale 2019 plan to set up a call center to handle telephone complaints when it resumes on Oct. 8.

The plan was announced in an international forum held in Nagoya by the Aichi prefectural government on Oct. 6, the second day of the forum.

The exhibition, "After ‘Freedom of Expression?’" which was called off on Aug. 1 after arson threats and hundreds of protests, will resume on the afternoon of Oct. 8, sources said on Oct. 7.

The artists decided to set up the call center as officials of the Aichi prefectural government, which was a major member of the organizing committee of the triennale, were forced to deal with the deluge of harsh telephone complaints. They decided to talk with future callers directly.

"We wanted to create a space in which different opinions create an echo," said producer Akira Takayama. "I want to talk directly (with protesters)."

The international forum was held by the organizing committee of the triennale and an Aichi prefectural government’s committee to examine reopening the suspended exhibition.

Displays that created controversy and a sharp public outcry included a sculpture depicting a young girl as a symbol for "comfort women" who were forced to provide sex to wartime Japanese troops. It also included a video in which portraits, including one of Emperor Hirohito (1901-1989), posthumously known as Emperor Showa, go up in a burst of flames, among others.

About 80 people, including foreign artists and curators, participated in the forum.

Cuauhtemoc Medina, who served as the chief curator of Shanghai Biennale 2018, said that when there is public criticism, people concerned have to make efforts to serve the arts rather than dealing with the protests.