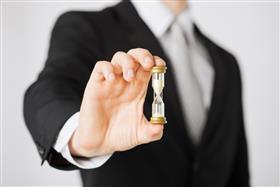 Kelli Ross is vice president of Local 906 of the American Federation of Government Employees. He says the limit of just under 6 minutes per call was adversely affecting services being offered to veterans across the nation and putting call-taker jobs at risk.

Ross says the time limit issue has been a sticking point for six years but recently came to a head when workers received a letter threatening termination for calls that go beyond the time limit.

The Topeka Capital-Journal reports about a dozen employees protested outside the Topeka campus last Wednesday.

About Department Of Veterans Affairs:

The United States Department of Veterans Affairs (VA) is a government-run military veteran benefit system with Cabinet-level status. It is the United States government’s second largest department, after the United States Department of Defense. With a total 2009 budget of about $87.6 billion, VA employs nearly 280,000 people at hundreds of Veterans Affairs medical facilities, clinics, and benefits offices and is responsible for administering programs of veterans’ benefits for veterans, their families, and survivors. In 2012, the proposed budget for Veterans Affairs was $132 billion. The VA 2014 Budget request for 2014 is $152.7 billion. This includes $66.5 billion in discretionary resources and $86.1 billion in mandatory funding. The discretionary budget request represents an increase of $2.7 billion, or 4.3 percent, over the 2013 enacted level.