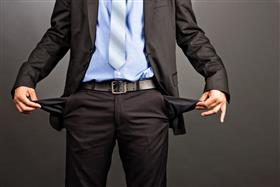 Osbourn, Antigua and Barbuda, Aug 22, 2018 -- Business operators along the Sir George Walter Highway in the vicinity of Coolidge are reportedly feeling the negative financial impact of the closure of ALORICA.

Bus operator Glasworth Josiah, in an interview with OBSERVER media yesterday, said that the closure of Alorica, better known as the NCO Call Centre, has been having a significantly negative impact on bus operators along that route.

"On the Coolidge route, if nobody is working, we don’t make any money and nobody cares about us in that way. You can barely make back your diesel money on a normal day right now," Josiah said.

He went on to explain that the Coolidge route is a business route and it was the ALORICA workers, most of whom utilised the bus service, who made bus operations in that area viable.

He said that there were multiple trips made daily to facilitate hundreds of workers of the organisation which recently closed its doors. He stated that trips began from around 6:30 a.m. and continued right up to 8 p.m.

According to Josiah, who has been operating buses since 1985, the Antigua and Barbuda Transport Board has made a schedule for all bus operators who work that route to ensure that they get some work during the day. However, the bus operator says that most drivers only get to make one trip per day in the morning as there is hardly any business in the afternoon and evenings.

He highlighted the fact that the route is not necessarily along a residential area "so sometimes you may get one or six passengers but definitely not the traffic experienced during the operating tenure of ALORICA."

A food vendor just opposite the Barnes Service Station on Sir George Walter Highway said that she has been operating in that area for over 24 years and the closure of ALORICA has had a huge impact on her business. She said that workers of the recently closed call centre were big supporters of her business.

She expressed disappointment at the loss of business. She added that even though she usually gets support from people from all over, because the company was close by, its employees patronised her business the most.

She predicted that business will be very slow going forward and she is praying that things will get better sooner rather than later.

Approximately 400 ALORICA employees were laid off at the end of July. The company reportedly has moved to Jamaica to cut cost.