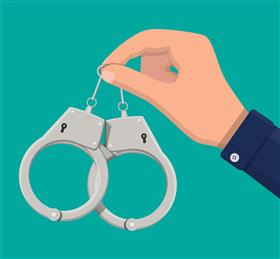 Gurgaon, India, Oct, 2021 -- The Gurgaon police on Thursday busted a fake call centre operating from a building on Golf Course in sector 69. The police said the call centre used to con Canadians and Australians by forcing them to purchase gift cards after threatening to block their social security numbers.

The police have booked three people, who were allegedly running the call centre, though no arrests were made since no one was found at the premises at the time of a raid.

The police said they received ‘secret information of a call centre that was operating from the tenth and eleventh floors of Spaze Palazo building in sector 69, following which the raid was conducted. The Police found at least 200 computers, several of which had illegal software for calling foreign nationals and a script used to con them.

The police said some of the computers were found switched on, raising suspicion that the accused were tipped off about the raid and managed to escape. During the raid, the police reached out to one of the accused over the phone and asked him to reach the office and furnish a DoT (department of telecom) license. The accused said he would reach within ten minutes but went absconding, said the police.

According to the police, the accused procured numbers of Canadian and Australian nationals online and told them over the phone that their names had come up in a narcotics-related police investigation.

"The callers would threaten the victims informing them that their social security numbers would be blocked and coerce them to buy gift cards to resolve the matter. The accused would later use a contact abroad to redeem and monetise those gift cards," said a police officer.

An FIR was registered against the accused under section 420 (cheating) of the IPC and sections 66 D (cheating by personating using a computer or communication device) and 75 (offence or contravention carried out abroad but involves a computer, computer system or computer network located in India) of the Information Technology Act at sector 65 police station.