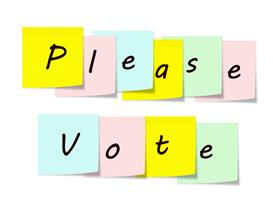 Noida, India, March, 2019 -- The district election department has identified who it thinks are "venerable" voters and set up a call centre to request them to vote in the Lok Sabha elections. Officials said they are calling up retired civil servants, ex-Army officers, ministers, businessmen, and those with physical disabilities and urging them to participate in the elections. The call centre started on March 18.

Rajeev Rai, SDM, Dadri, and also the assistant returning officer, said the call centre aims to generate awareness about the electoral process. "We have selected some ‘venerable’ voters. The staff will request them to vote. They will also remind the voters about the polling date – April 11," he said.

Officials said, the department aims to improve the urban voting percentage this time. In 2014, the Gautam Budh Nagar Lok Sabha seat had registered a voter turnout of 60.39% and the voting percentage in the rural area was higher than the urban areas.

This time, the district election department has said that around 20,000 "venerable" voters would be called and urged to play the role of a "zimmedar nagrik" (responsible citizen).

Devashish Shrivastava, a telecaller on deputation, said: "Many feel happy after getting calls from the election department. Some feel encouraged and they promise to vote." Admiral (retd) H C Malhotra, a resident of Sector 15 A, who got a call from the district election department on Wednesday, said: "I think this is a good initiative. But the department should inform those who need an awareness programme."