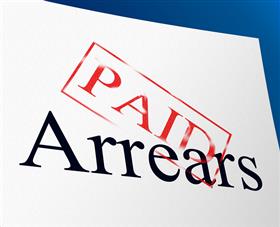 Port Elizabeth, May 29, 2020 -- Ison Xperiences Bpo has dismissed claims by its call centre agents that it had claimed from the UIF temporary employee relief scheme (Ters) and not paid them.

They accused Ison of claiming their funds behind their backs, among a string of other allegations.

In a statement, Newton Park branch head Sushil Kumar said the company had no intention of any unlawful activity.

Instead it had completed the UIF Ters application process on the employees’ behalf via a consultant due to the technicality of the process.

"We paid to employees the salary for the entire month of March without deducting any money for the days when the company was closed due to lockdown.

"For the month of April, Ison paid all employees on the basis of the number of days worked," Kumar said.

He said the company on Thursday paid employees what was due to them.

"The company, upon receiving the fund on May 19, has calculated what is due to each employee.

"As per calculation, after setting of the payment, Ison already released the Ters amount to respective employees’ accounts," he said.

Some employees said they had not received the money on Thursday, despite the Ters online system showing that they had been claimed for, but Sushil said those were employees who had received their full pay during the lockdown.

He said the company would refund the money to the government.

He further dismissed allegations that some employees had not been receiving their payslips.

"Every month payslips are issued to employees as a process.

"We are compliant of the law of [the] country, including minimum wages and the required compliances," he said.

iSON Xperiences is a pprovider in proactive customer engagement and customer experience management, partnering wit brands to optimize their customer experience, revenue generation and business process management across the enterprise. Our dedicated and talented workforce spread across many Sub-Saharan African countries, along with UAE and India are redefining the way people connect.