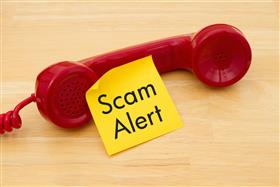 New Delhi, India, Nov, 2021 -- A fake call centre that duped around 70 people on the pretext of providing jobs in gulf countries has been busted, Delhi Police said. Six people have been arrested from the Vishwas Nagar.

The criminals would then send fake job offer letters to the victims. "They also gave them fake visas for gulf countries and charged Rs 15,000 to 20,000 per visa," said a police officer.

Gupta further told the cops that the gang provided account numbers to victims to transfer money. One of the accused, identified as Mashroof, has earlier been arrested in a rape case.