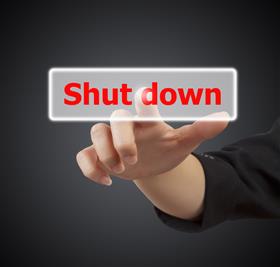 Lisbon's regional health authority, ARS, said it had told the Teleperformance call center at one of Lisbon's busiest avenues, Infante Santo, to suspend all non-essential activities and transfer employees to remote work from home. It recommended that the building be fully disinfected.

Call center workers' union SNCC reported five coronavirus cases at the facility but the call centre was still open on Thursday afternoon, according to SNCC representative Manuel Afonso, who also works at Teleperformance. The firm declined to comment.

"One of the people infected in the Teleperformance building has pulmonary emphysema and the company was aware of it and didn't send him home in advance," he said.

On Teleperformance's website, the company says it is "working tirelessly" to protect the health of its employees while "ensuring business continuity for our clients," which include social media company Facebook Inc and streaming platform Netflix Inc.

It has more than 300,000 call center workers worldwide and, according to its website, 85,945 of them were already working from home.

Portugal declared a state of emergency on March 18 to stem the epidemic and extended it on Thursday for an extra 15 days. The restrictions make it mandatory for companies to adopt work-from-home policies whenever possible.

One of the five employees with coronavirus, who wished to remain anonymous over fears of losing his job, said he tested positive on Tuesday but had worked last week while feeling ill.

SNCC said that over the past weeks Teleperformance started to move workers home but the process had been too slow given the gravity of the situation.

Portugal is not the only country in which the firm came under fire.

In Mexico, more than 30,000 people have signed a petition urging Teleperformance to allow its employees to work from home to contain the spread of the coronavirus.