News : Call Centre Firm Tells UK Homeworkers They Will Not Be Watched with Webcam 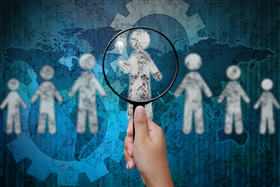 London, UK, April 21, 2021 -- UK staff at Teleperformance call centre company have been told they will not be forced to have a webcam if working at home, following disquiet after some were told they could be used to remotely monitor their productivity.

In a message to UK employees, Teleperformance said the installation of the cameras would now be voluntary.

The decision came after the Guardian revealed that some of the company’s 10,000 UK staff working from home due to coronavirus were told they would need to use AI-enabled webcams for data security reasons.

Details of the proposed system seen by staff said that as well as being used for team meetings and training, the cameras would randomly scan for breaches of work rules during a shift, with still photos of suspected violations sent to a manager.

Offences would have included those connected to data security, such as having a phone or paper on a staff member’s home desk, and also productivity issues such as eating or leaving the desk without specifying why.

The French-based company insisted that webcams for UK staff would only be used for meetings and training, or for pre-scheduled desk checks, could not be operated remotely, and would not be used for random surveillance.

But the proposed rollout of the cameras prompted worries among workers, and concern from unions about a potentially wider rise of remote surveillance if companies opt in the longer term to dispense with offices.

In a message to UK employees, Teleperformance said video cameras would now not be mandatory for any reason: "Following the consultation periods, we have listened to your concerns and decided to make the use of webcams voluntary. Whether you have one or not will be entirely down to individual choice and you can change your mind at any time."

If one of Teleperformance’s clients "insists" on cameras for home workers, staff will have the choice of returning to work in an office, or move to another client team, where cameras are not needed.

The statement stressed that the cameras were only ever intended for meetings and training, and "at no time were they going to be used for any form of surveillance, covert or otherwise".

Several UK staff members told the Guardian they were hugely relieved at the news. One said: "We were all very worried about having cameras at home. Some us have families around, and it felt very intrusive."

Teleperformance has said levels of scrutiny will vary in other countries where it operates, raising the possibility that UK companies could have calls handled by staff who face remote monitoring. The company operates a series of multilingual bases which handle calls from the UK, including in Greece and Albania.

According to a company guide to the remote webcam monitoring system, it "monitors and tracks real-time employee behaviour and detects any violations to pre-set business rules, and sends real-time alerts to managers to take corrective actions immediately".

Eating is not permitted on shift, while if staff leave their home desks, for example to have a drink, they would to click "break mode" in an app to explain why – such as, "getting water" – to avoid being reported for a breach.

A Teleperformance spokesperson said the company had no comment to make.